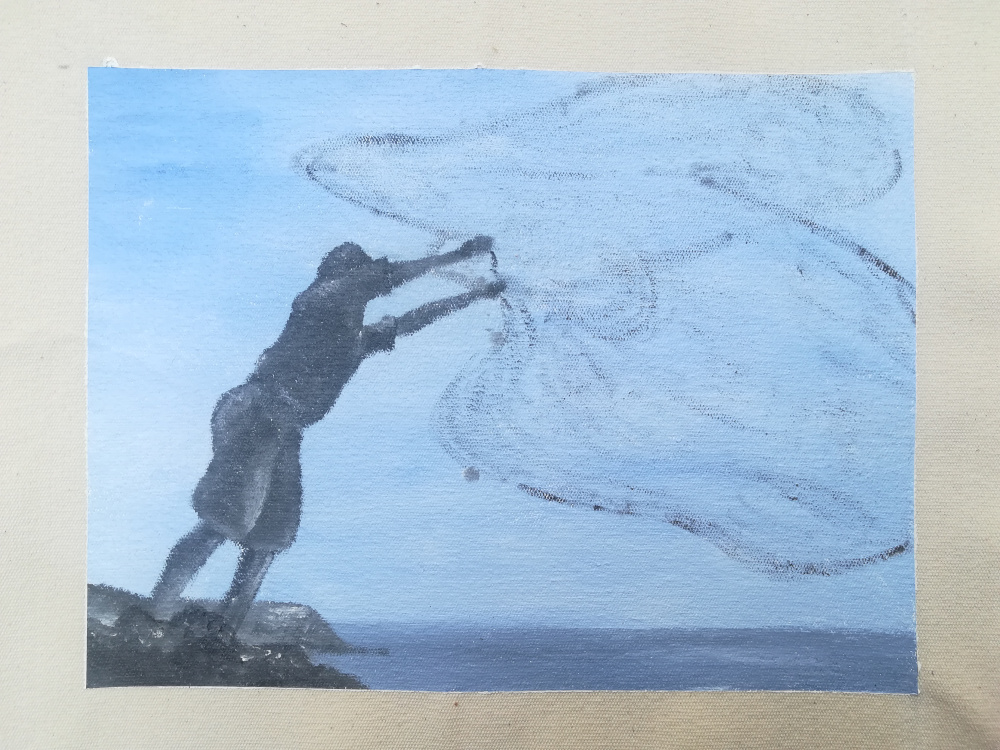 An ocean full of fish is any fisher’s dream. At the peak of Apartheid, a black man could barely stand on the ocean shore line let alone fish. A fisher was not attacked for fishing without a permit, but for the colour of their skin and for being in a whites-only designated area. “We were just thieves, we became thieves. We just became poachers, so whenever those khaki wearing guys came along, then you’ve got to run into the bushes,” Mr. Mbhele recalls.

Their fishing gear was brutally taken and the black fisher had no rights to claim it back. It was not easy being a black fisher in that era. Mr. Mbhele once had an encounter with a group of men that came to fish in Durban from the Orange Free State, now known as the Free State province. They were burly looking rich folk who had an air of arrogance and pride. “When you fish amongst them, once your fishing line crosses theirs, they pull out their cigarettes and then they burn it off. You’ve got nothing to say. You start talking, they beat you up,” shares Mr. Mbhele.

Although he was never arrested, Mr. Mbhele had his fishing equipment confiscated by Ezemvelo Wildlife monitors. They requested to see his fishing permit but he had unintentionally forgotten it at home. He requested to fetch it from his home which was not too far from where he was fishing and when he got back, they had taken his fishing gear. His fishing gear was never returned.

Although Apartheid was brutal, Mr Mbhele also recalls some enthralling times like the feeling of awe and exhilaration he felt when he saw the sardines being netted for the first time. It was around the late sixties when Mr. Mbhele and his peers were netting for sardines. They watched in admiration as a few fishermen braved the choppy seas and wind in a paddle boat. It was a risky affair which required nerves of steel. Once they had gone far enough, they went in and they netted shoals of sardines.

Apartheid may be a part of his past, but even today, Mr. Mbhele faces struggles whilst fishing that leave him feeling oppressed. The struggles may differ from being attacked for being a black fisherman, but they are ever present nevertheless. Quotas that dictate how much fish subsistence farmers can reel in puts an unfair limitation on their livelihood as they fish solely just to feed their families.

A subsistence fishing permit is just a piece of paper but it holds so much control over how much income fishers can make at any given time. The permit once stipulated that one is expected to catch more shad, fifty-two black mussels, and one per species. It was very limiting. This put the poor fisher in a predicament as he/she needs to feed, clothe the family and provide shelter and educate their children. Thereafter they were promised greener pastures under small-scale fishing. Such is the life of a subsistence fisher – constantly being shifted from one pillar to another post; between a rock and a hard place.