The art of fishing: Riaz’s story 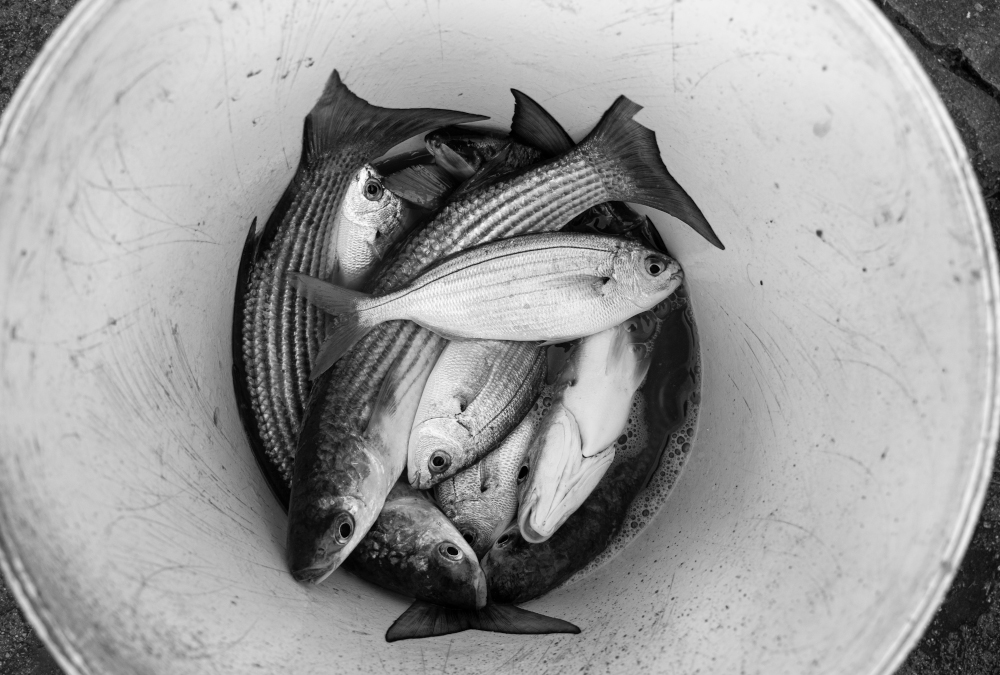 We got to see the veterans, the elderly and they would tell you that the fish is not biting there, it’s there. They would tell you that the fish has come around the point. And it was not just the veterans because I saw this in my late brother as well. The coloureds did not like to mess their hands with bait, so they used lures, and they fished. They were quite good, not everyone could do that because there was an art to doing it. The way you throw, it’s called spinning, the way you whip that rod up and down so when the fish is injured in the water, it causes a rattle. What it does is it attracts other fish because their senses are very good, so if there’s a rattle, they know for a fact that the fish is injured and they attack as one. The saying is, if you come from South Pier, you can fish anywhere because of the terrain, because of dolosse all over and you’ve got to understand the ground. You’ve got to control the fish. If the fish was running towards your right that meant you have to turn your rod towards the left. People got to learn how to handle this and at the same time they knew what breaking strength that fish had. People would say you need heavy duty breaking strength but a South Pier fisherman will tell you listen, I don’t care. It’s how you control that fish. If it’s going to run, let it run. The idea of it running out to sea was if there’s a shark it will chop its tail and then you’re not going to fight the fish, you are going to land it. These people they had the ideas and they grew up with these things. They knew to look for the fundamentals when fighting a big fish. At that time there were only two types of reels that we could afford, a coffee grinder or a ball racer, a KP. And when that reel was running you could see the speed on it going, I mean it’s like a tyre spinning. At times you can’t control it, your fingers get burnt, your palm. The buckets that you use to support your rod, you would actually find burn marks on it. That’s the speed of fish when they take off, and we would laugh at each other. We got to catch different fish, like one specific fish is called a German bream, it’s a centre bone fish. I promise you it tastes like magic; it melts in your mouth. At a distance of fifty metres away you still couldn’t land that fish and you could see when they came, the sea just got black. You just see black and then you know what fish it is. It only eats specific bait, jellyfish or crayfish, it must be pure white. We’ve got to understand the sea, the currents and the legends. We understand what is happening with the sea and we know that if the sea is angry, we’re not going to get anything today.