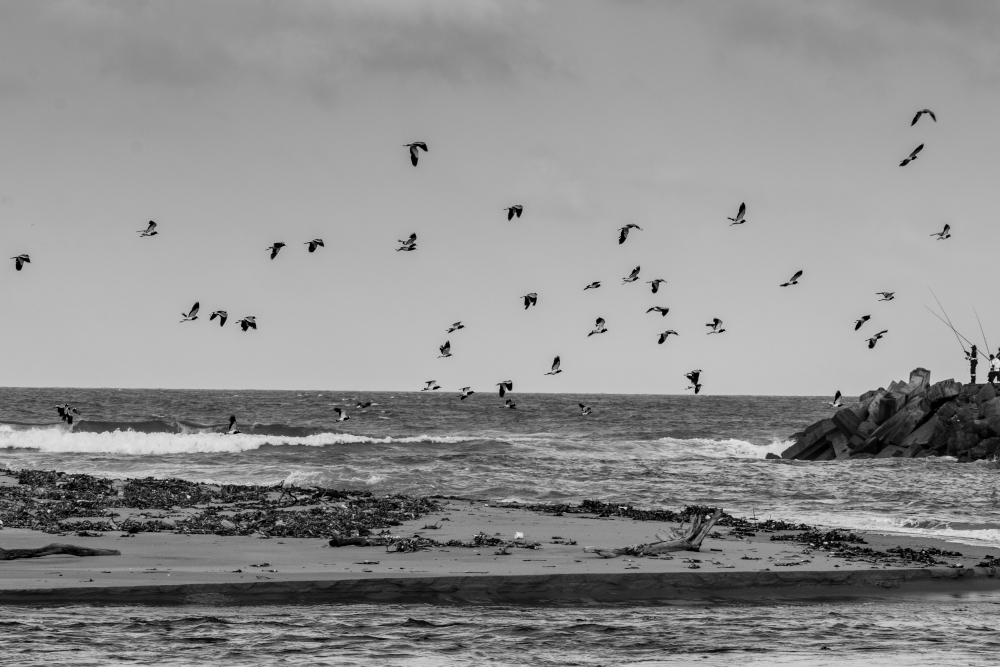 Can you tell me in your experience of fishing since you’ve been a kid and growing up, is there a story that you think is quite incredible? Like something someone wouldn’t believe? Like wow, this is what happened one day.

Ja hey, I thought I had lost my life on the South Pier. We would fish in a group and we woke up and we said to ourselves listen, dad caught stumpies last week, let’s try. So, we walked from the weigh block, it was a slippery way at that time; we walked from there to the front of the pier, called number nine. We jumped onto the dolosse and we sat down. My brother Razak was behind me, and he was busy winding his one-hundred-yard new line my mother bought him, I’ll never forget. It was a cold winter’s night and fishing was not good and we were genuinely numb, togged up properly you know, five, six jerseys inside, big boots and alles. It was just before twelve and we couldn’t get anything, and after twelve our luck changed. The first fish I caught, I couldn’t land it and it smashed me, basically broke my line. And then it happened to another fisher, Rob and you know how fishermen talk, saying aye you’re useless. At that time, we must have got about two or three stumpies each. Razak comes, throws his bait in, he’s hooked up and he’s fighting it. He’s fighting it and the fish had come to a gaffing point. We were young, he was excited, and he gaffed the fish and lifted it onto the rocks not thinking to pull the gaff out. And the fish took off, but we gaffed it again. But this time we were trying to wiggle our way onto this block and I slipped. I was in the water; my right leg was over my head and I couldn’t swim in between anyway. I’m being swept by this current now, and I’m saying pass my rod, and I think the third time somebody must have heard me. There was a rod that I hooked in a lucky dip on the North Pier that I could never open, but because of my weight they gave me that, not thinking. It wasn’t a shad rod; it was a steel rod split up. The three pieces broke and I’m swearing now, making a noise. They gave me the other one. I was about gone and I just managed to grab the tip of it, no in fact the hook caught my jacket, and I came back. I came back and it was like sjoe, I didn’t know what to think, I was scared, worried, dripping, shivering, it was freezing. That was the most frightening moment of my life. And ja, I was like yoh and that fish is still floating in the water. I said I don’t care about this fish.