Pele Moonsamy, a fisher to remember 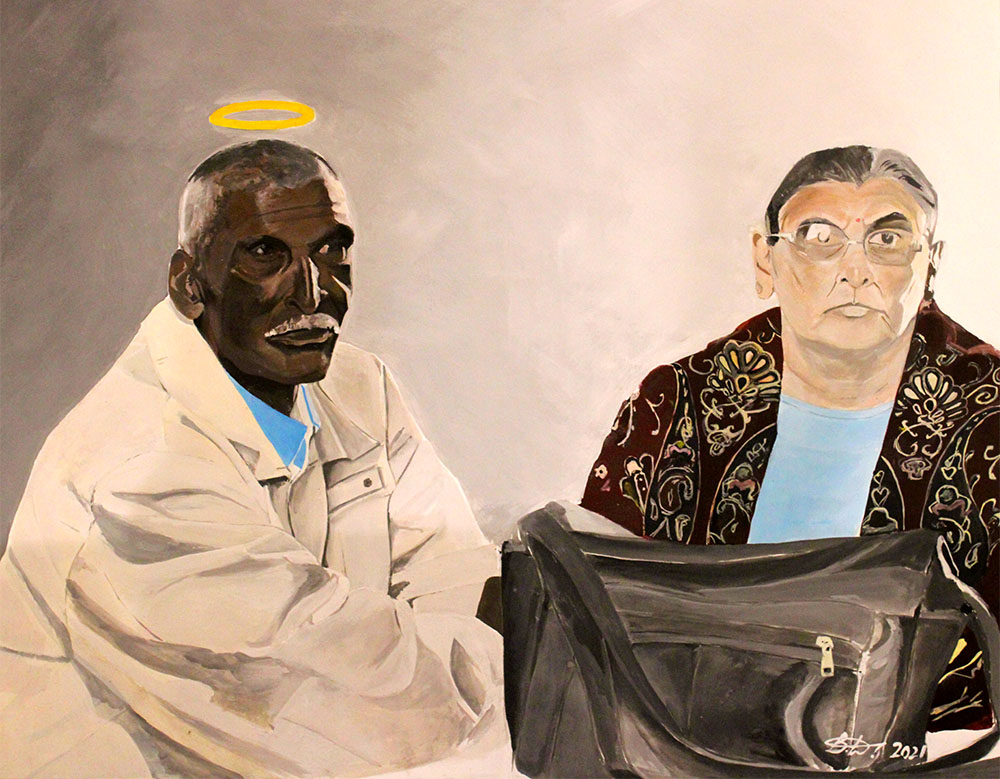 Painting by Bandile Gumede, Pele and Bina, 2021 (Oil on canvas)

Perumal (Pele) Moonsamy was a well-known fisher in and around Durban. Born in the 1952 Pele started fishing as a child when he was still at school. For the last 53 years Pele fished on the KwaZulu-Natal beaches from Umkomaas to Stanger. But Pele Moonsamy was more than a knowledgeable fisher, who taught himself, his wife Bina and others to fish. He was also a long standing fisher activist from the Phoenix Subsistence Fishers Forum. As JP from the KwaZulu-Natal Fishers Folk Forum (KZNSFF) explained, Pele was “a real gentleman and deeply involved in the fishing struggle on the Durban beachfront, harbour/piers and all along the coast to demand access for the poor”. Pele was considered a stalwart in his organisation and despite not having a car, fishers remember Pele going out on foot to recruit fishers to join the subsistence fisherfolk organisations and help them with their struggles. He was also very instrumental in mobilising fisher folks to participate in protests for fishing rights and environmental issues. Over the last 35 years his wife Bina joined Pele fishing off the piers. The two of them were a familiar presence amongst fishers in Durban. Sadly in January 2021 Pele Moonsamy passed away. He is missed by all his friends and family. Bina misses him dearly and reminisces how fishing brought them both “great joy”, but also gave them a livelihood to support their family. Bina remembers him as working hard as a  fisher for her and their children. It is hard for Bina now that Pele is gone. She survives only on her pension and misses the daily fishing with Pele. The fishers in Durban miss Pele too, a man that Riaz Khan the Chairperson of the KZNSFF describes as a “sincere and dedicated friend” ever ready to assist and stand up for those in needs. Pele’s dedication and commitment to the ocean, and to the people who make their livelihoods with it, will not be forgotten.