In a perfect world, fishing has no gender 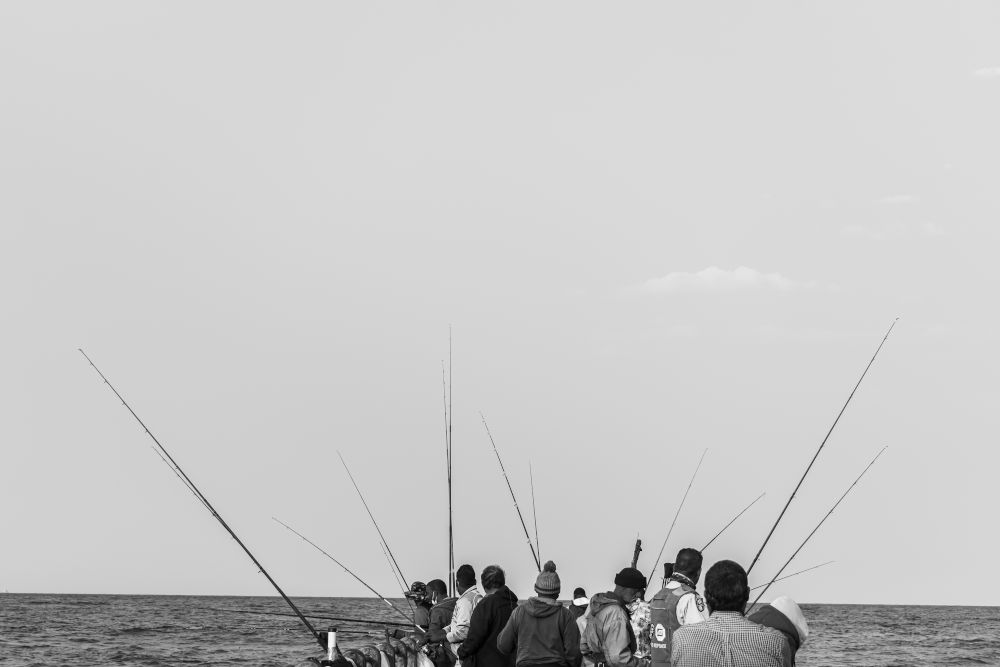 The fishing industry is often viewed as a male-dominated space, and in many ways it is. However, this does not deter women fisher folk like Layla from making her mark when she takes her rod and casts it out on the North pier.

In a perfect world, men and women fisher folk would get along and focus on the task of fishing without any qualms. This is far from reality as Layla has to regularly put out proverbial fires between men and women fisher folk who have trivial arguments. In a heated argument with one of the men on the North pier whilst fishing, she was told to “shut your mouth” and “don’t act like a man here. You want to act like men and catch fish”. These words were spoken following a minor altercation where fishing lines got tangled just because the man saw that she caught two shad in quick succession.

Layla stood her ground and reminded the man that she fishes for a living and not recreation as he had seemed to be doing. Her husband, Bob intervened and reprimanded the man for his rude behaviour and politely advised him not to argue with women. In anger the man threw his bait and belongings into the water and he left. “If you can’t respect women then it’s wrong. I’m fighting for the fisher folk, for the ladies,” states Layla. She believes everyone has the right to be out on the water enjoying the activity they love or have a passion for without question.

Growing up, arguing with discourteous men was never on the cards for Layla as her father always saw her as a nurse, doctor or social worker because she was always brave enough to tend wounds no matter how awful they looked. Today she can’t even look at an accident, though she finds other ways of tending to the needs of the fisher folk with whom she spends most of her time.

The protector and carer of the fisher folk community, Layla solves problems and resolves disputes to keep the peace. She also teaches the ladies how to fish and makes them traces so that they can be independent and earn a living. Even those who are struggling to make ends meet, Layla doesn’t forget them when she receives food hampers; she distributes them to other fisher folk. On any part of her journey as a fisher, Layla could have chosen to get frustrated and quit, but instead she chose to hang around people who have gone through those fishing experiences and found people who were willing to help her learn and grow.

In Layla’s world there is no time to sit around in groups and talk like the men do at sea. When she has the rod in her hand all she focuses on is her next catch so she can sell fish and earn a living. In a perfect world, she too may enjoy a brief respite and chat merrily with other women fishers in the interval between her next catch.