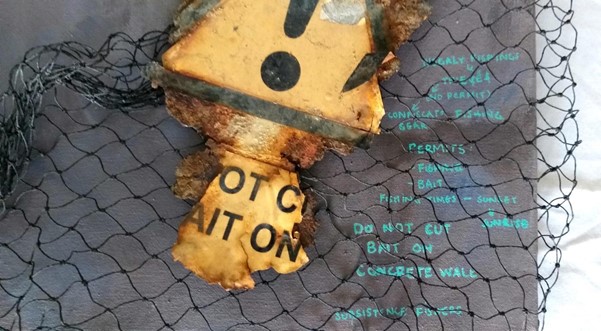 My name is Tozi Mthiyane from uMgababa, (South coast of KwaZulu Natal), I reside under Chief Filbert Luthuli. I started to get serious about fishing in 2012 and I was taught by David Shezi who even introduced me to the Masifundise program. If I remember it was March where Mr. Masinga from Masifundise came to uMgababa to gather fishers under Masifundise and that is where I started to get serious about fishing and I never looked back. There is nothing else that I do to earn money for a living besides fishing. My whole existence depends on fishing, fishing is the only thing that I know and love the most. Masifundise played a big role because they taught us about our rights and to fight for them as fishers because we were discriminated and we were not allowed to fish anywhere at sea. A strange thing was that other races were allowed to fish or harvest mussels as much as they pleased without any problem or arrested. The authorities from Ezemvelo wildlife were the ones who were giving us problems until we decided to fight against the policy of regulations that was oppressing us as fishers. In 2014 there was a big conference that was attended at Esikhawini (Richards Bay) where 4 provinces under Coastal Link met to discuss the issues we face as fishers. That conference was hosted by then Deputy Minister Bheki Cele. In his address from that meeting, he initiated the operation of monitors on giving the fishers the advantage to catch fish peacefully. Ezemvelo wildlife monitors were so abusive in such a way that fishers were beaten, arrested, and even killed, especially from the North Coast of KwaZulu-Natal (KwaNibela). It was 2016 when we met Desmond for the first time in Durban, we told him our grievances and he played a big role in assisting us through his peaceful marches that made us recognisable as fishers. Prior to that we were not recognised at all; it was only after those marches. Fishing co-operations were launched three years back by the government but they are not solving any of our problems and we still see no changes. Even the number of fish that we are allowed to catch is still the same (4 fish per person) and borders that prevent us from fishing anywhere are still there. We are still waiting for the government to intervene on the issue of permits. Everything is too slow and we are just sitting at home with our fishing certificates that don’t benefit us. Nevertheless, the greatest feeling about being a fisher is that we are united, loving and caring towards each other. We share ideas on how to go about changing our lives, how to grow in the fishing business and then you tend to forget about all your social issues. We share everything even what we are going to eat for supper. It is not only about fishing, but we have become a family.