A violation of the sea: Riaz’s story 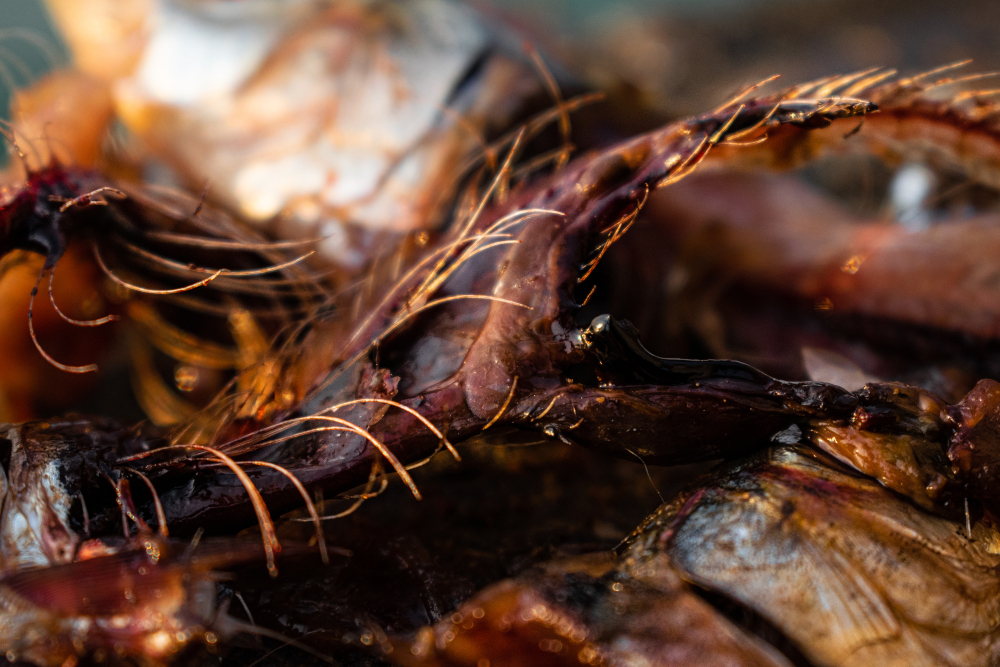 There’s a major difference between a person that is fishing with a rod and reel and a person who’s fishing off the boat, because a person with a rod and reel is fighting a fish. It’s a tug of war, and you have come into no mans’ territory because a fish has got power in the water, plenty, no matter your size. And if you catch four fish you are tired. I promise you, your arms are sore, your muscles are aching, your feet are shaking and that’s what happens to any fisher out there. So, if you’ve got four, you’ve done brilliant but then you are so buggered. But with the trawlers out there they put out a net, and you know it’s the wrong term and I’ve been told one too many times not to use this terminology, they are raping the sea. But there’s no other way to put it because they are taking everything from like guppy to monstrous sizes. They’re taking it all and they’re not thinking about what they’re taking out the sea. They’re raping everything. Fish have been depleted, like the stocks like the seventy-fours, they said there was not enough. Then it was the shad, the blue shad and the normal shad. Yes, the blue shad has become extinct. There’s not one around as well, but seventy-fours, there are plenty. Now the seventy-fours that’s one example, then you come back with a rod and reel and they say you’re allowed to catch one salmon, pink salmon or a normal white salmon, and while you’re on the boat you can rape the sea. Now where’s the logic, because we’re catching this for a living. All the fish were in abundance, but the shad grows overnight in thousands. I had footage where commercial boats had tons of shad on their boat and still netting. I’m saying, these are not sardines you know, what are you doing? There are a lot of fish that have gone; in fact, quite a bit are gone because they were netted. They were not caught with a rod and reel because honestly speaking, reproduction is a process and with the fish it’s not like a human that stays in one place for nine months, they come in abundance and if you caught four or if you caught forty, or if you caught four hundred, you haven’t raped the sea. You know what I’m saying? And even if you go four thousand with a lot of fisher folks that have caught it, there you have one boat, one net, forty thousand and that boat has swung around again and taken another forty thousand. So, how do you justify what you are doing? I also ask this question, what is the size of a commercial boat? What is legal to have out there because if I have a boat and a commercial license, does it tell me how many tons I can take? Because nobody knows.