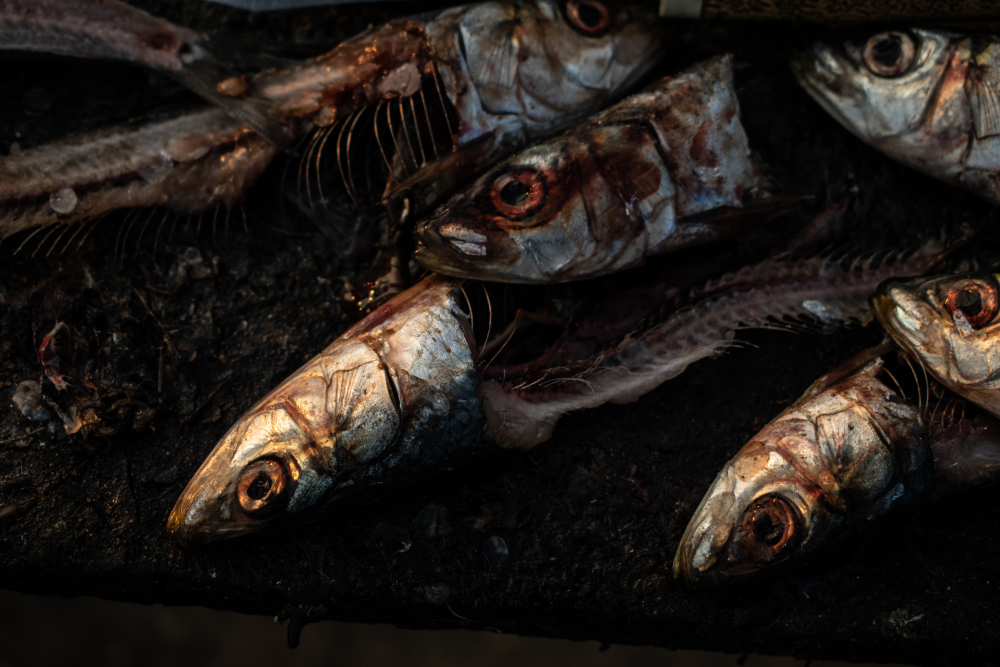 I don’t have much hope of what the ocean’s going to be like. I feel emotional even with that question. I mean the ocean is pretty messed up. Even in our last couple of years we can see the fishing is not the same as it used to be. More often than not you sit and you catch absolutely nothing, or just strange species. I mean we went to Zini beach, the last time we did beach fishing, all we caught were these small goblin sharks. It’s like the ocean is just filled with sharks now. They’re the only things that can maybe survive these hostile conditions that the fish are living in. At Zini all you’re catching are eels and crabs and small tiger fish. It’s not good. So obviously we have a hundred hopes you know, all the things that we do against the deep-sea mining, now these power ships, the plastic pollution, sewage that’s being pumped; I mean we’re trying our best at every turn to try and make some sort of difference, but I don’t know where it’s going. I don’t know if it’s enough. I think other fishers are also making those connections. When you sit at Zini you find all the tourists sit on the one side and you see the locals fishing on the other side with hand lines, I’m sure they’ve also noticed they’re not catching the same and I’m sure they can tell you why. Maybe they’re not going to express it in terms of climate change or something like that, but I’m sure they must have some understanding of why, over fishing, why they’re not catching the same food that they were, the same number of species. I mean we’ve got a book where we record our species as a family and it’s like an on-going competition from years just to see who will catch the most species and ja, at one stage it just plateaued and now it’s stopped. There aren’t any different species. It’s sad, it’s really sad so I mean I hope for the same things everybody hopes for that we can have a beautiful somehow clean, wonderful ocean and we can teach our children to fish, and there’ll be fish in the rock pools but I don’t know, I think the future’s quite dark for the ocean. Ja, that’s why we’ve got to just keep on trying to do our best.