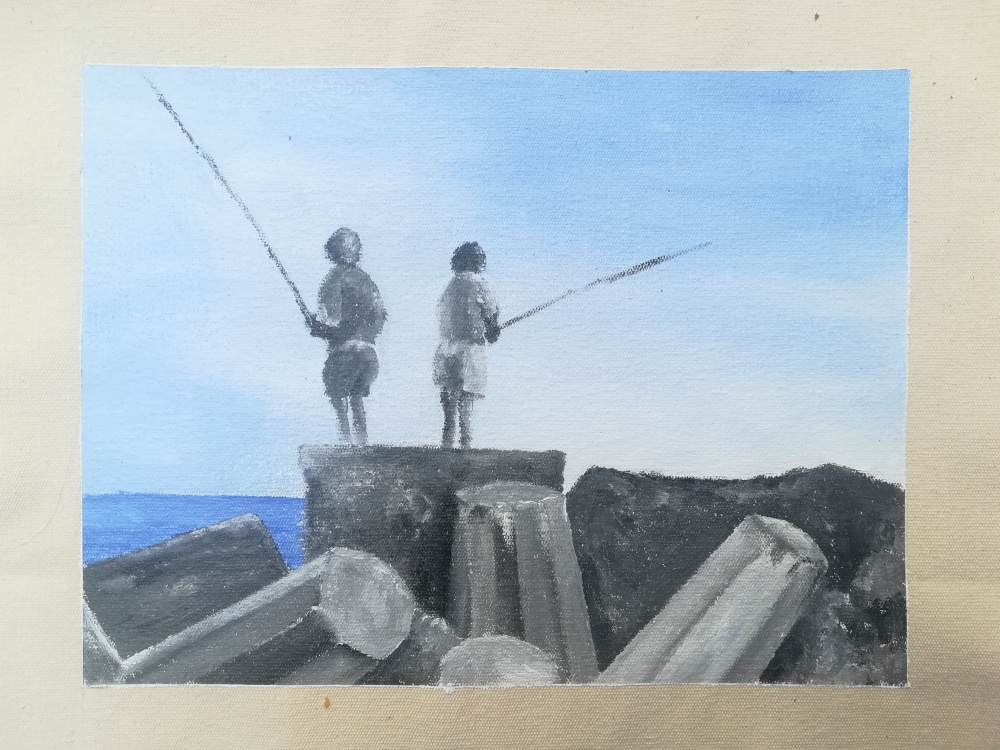 I had a little brother who is late now. He was also learning fishing with me but he became a master and he was well recognised for the techniques that he had when he fished. Everyone knew him; his name was Razak, a maestro on the South Pier. I do miss him but we got to grow up, and we were as thick as thieves. You wouldn’t say brothers but good friends. We caught fish, and during those times there was no limitation, we bagged whatever we caught. So, from one rod we got two, and my brother and I used to share and we did well. We would normally get onto the pier at about four o’clock in the afternoon. We would catch shad before the sun set, but on that day, we decided not to go. We said we’ll go in the morning because the shad would still be there. We got onto the beach, onto the pier and the first thing we would do, every fisherman of the South Pier; we would leave our kit bag down and jump on a block. We jumped on top and we hit the water. We hadn’t started fishing when my brother attempted to jump on the dolos but he jumped onto a sardine. He slid and he was gone. I promise you I don’t know whether it was tears or whatever, but all I could think of was how am I going to tell my mother. And then as we got down, I couldn’t see him. Now you must understand my heart has skipped a beat, I don’t know what to do; I thought I would pray, and then a friend said: “where’s he?” I said “he slipped; he’s gone”. I started to tear up, and it’s five minutes later now, he’s never coming back, I know. I’m holding my head and the only thing that comes to mind is my mother, nobody else. What do I tell this lady? Because I’m his big brother and even though he was a master in whatever he did, I couldn’t do anything for him. I’m still shaken up and I’m just looking at the water and all of a sudden, I could hear, you know like when you hit something, that heavy noise, it smacked on the dolosse. I could hear this smacking and I’m screaming his name with a bit of excitement. So, the people had lined up, I said let’s just form a human chain, and I’m the first one in front. They grabbed me from my legs and as I looked down, all I could see was a head coming, the dolosse had been shaking, and I grabbed him. I just sat back with every hair on my hands standing up, and I said God, what the hell. But this was Razak and people who knew him will tell you. We gave him five minutes and he said he was fine. We called another guy by the name of Lionel, we took his sandals and Razak said “hey bro, we came to fish, let’s do this”. He puts on the sandals and jumps almost two metres or just less from one block to another and I said “chill”, he said “no, I’m alright”. I told my mother about it after one week. I got belted like you won’t believe.